Are you aged between 8 and 24 and would like to know how the top stockmen produce major show champions or how they clip to get the best winter coats on the Stirling sale bulls?

Maybe you’re just interested in preparing your cattle better for local shows or markets, or just need a hand in getting started. Either way, the Aberdeen-Angus Youth Development Programme is the perfect platform for you to learn about and experience the cattle breeding industry first-hand from our team of experts.

Our workshops offer a chance to learn core skills from some of the top stockmen and women in the business. Not only is it educational, but the workshops also provide a great opportunity to mix with like-minded people. You don’t have to be an Aberdeen-Angus breeder, you just have to be ready for the challenge.

The following link will take you to our page!

Millie Bennett, Millie’s Dexters, showed her own Pedigree Dexters and entered four young handler classes as well at The Royal Three Counties Show recently. She won three of them and had two champions and a reserve! She went on to win the Wise Perpetual trophy in the intermediate section of the National Dexter young handlers competition. She helped in the preparation of both bulls, Cannington Templar and Cannington Mason.

With our British White cattle she prepared and exhibited our cow Toodles who won the cow class and then Champion, and then went on to be placed reserve interbreed in the Rare Breed show on the Sunday.

I’m a very proud dad to say the least. 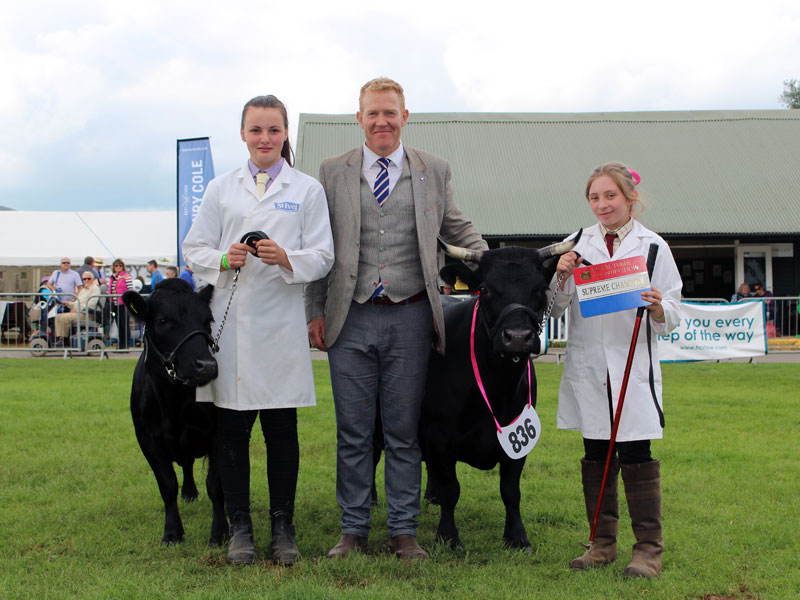 The second Interbreed ‘National Young Show Stars 2016’ Competition was run in partnership with the Royal Three Counties Agricultural Society at the Three Counties Showground at Malvern Worcestershire and held on Wednesday 23rd and Thursday 24th March 2016.

Please see the informative report below.